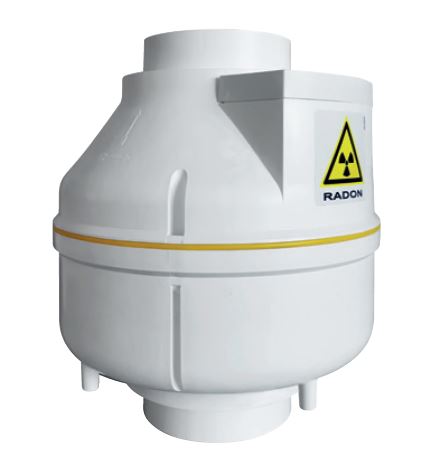 Radon is a colorless, chemically inert and radioactive odorless gas present in some soils from which it is produced and dispersed in the environment, accumulating in closed rooms whe-re it becomes dangerous. Once accumulated, the Radon can be breathed in and continue the radio-active series within the body, with great damage to health, increasing the risk of developing pulmonary neoplasms. Epidemiological studies published by the World Health Organization (WHO) and the Inter-national Agency for Research on Cancer (IARC) have now scientifically established the carcinogenicity of this gas.

The presence of indoor radon is for the most part due to a pressure difference between the external and internal environment; in fact, a cause of the temperature difference, the air pressure inside is smaller, so a gas suction is generated from the outside towards the inside. For good reason, the Radon emitted from the ground is sucked up, it goes up the lower floors and spreads in the rooms of daily use.

In the event that the presence of Radon gas inside a house has been ascertained or is simply presumed, the most effective intervention to mitigate its dangerousness and consequently reduce the risks for human health consists in the creation of a sumpin the basement of the adjacent rooms in order to fa-vor the entry of the Radon gas (which is heavier than air), to then capture it and convey it through AXR fan at a safe distance from the house.In this objective it is always good practice to contact qualified installers for a correct sizing.